The law  the police were threatening others with was never meant to apply to amateur grappling contests.  Several people, myself included, reached out to Senator Runciman, the man who drafted the recent revisions to the Criminal Code expanding the legal combative sports that would be allowed in Canada, for his views on this development. In a word the Senator says Montreal’s position is “inconceivable”.  Here is the Senator’s full letter – 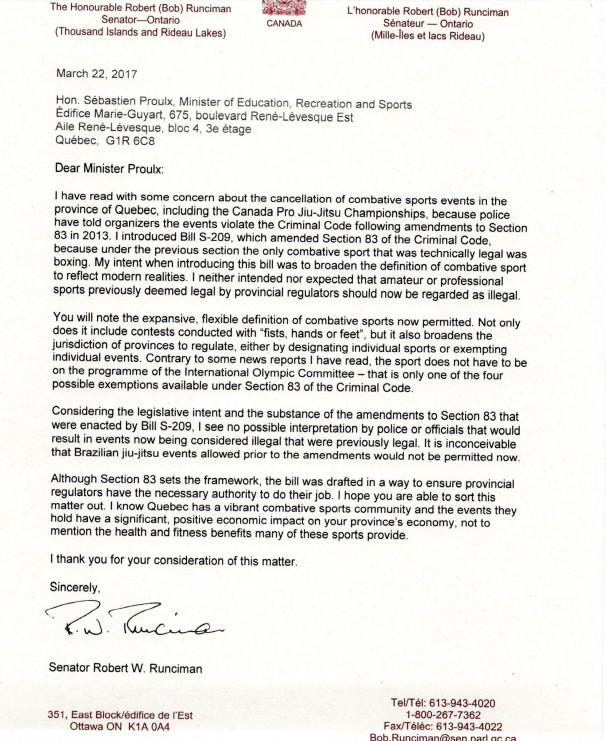