Karate Combat, a self described full contact professional karate league, was launched today.  The effort was supported by pioneer mixed martial artists Bas Rutten and Chuck Liddell who are listed as “League Ambassadors”.

They released fight footage from its “pre-season” event which took place in Budapest, Hungary.

The leagues rules and regulations were also published which interest me most from a regulatory perspective.   Future events are listed taking place in various international venues including the US.

From a regulatory perspective US and Canadian events may be subject to State and Provincial Athletic Commission regulation depending on the jurisdiction.  The promotion seems ready to tackle this challenge with its rules listing themselves as a Commission (and notes that this league is legally operated by KOKO Sports Management, LLC) and deferring to Athletic Commissions if bouts take place in regulated jurisdictions.   Just as with MMA and Boxing there are no true unified rules for full contact karate and the legality and required oversight of such a sport will vary from jurisdiction to jurisdiction.  Realistically Karate Combat will likely carefully target the North American jurisdiction they choose to operate in.

A full ruleset is listed basically calling for a full contact striking sport without knees or elbows and limited takedowns and ground fighting being permissible as well. 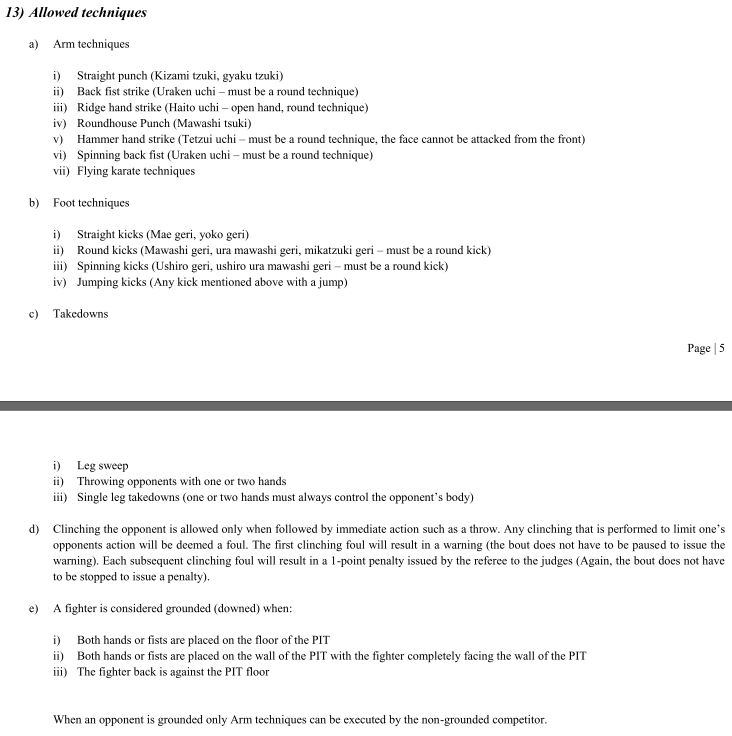