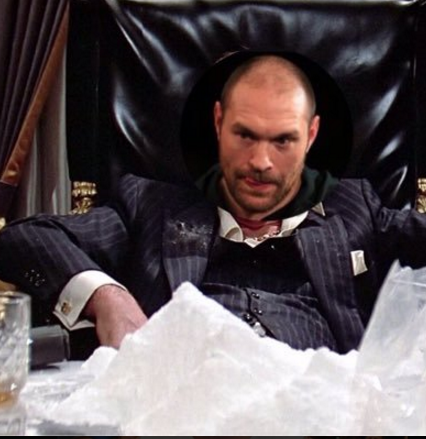 Today it was reported that world heavyweight champion boxer Tyson Fury tested positive for cocaine metabolites in an out-of-competition test taken on September 22.

Fury was scheduled to defend his WBA and WBO belts in a rematch with Wladimir Klitschko but he pulled out before this drug test finding became public.

So will Tyson Fury face a similar punishment-free fate?  Not necessarily.

Here are some key points –

There is inconsistency in the world of combat sports regulation as to what recreational drugs can be used in and out of competition. Adding to this landscape the NSAC is proposing to ban stimulants such as cocaine at all times to be in line with VADA standards creating even more incongruity.

While Fury, if the positive test stands any legal challenges, is in breach of a privately agreed to anti-doping program, without any government or sanctioning body agreeing to the same standards Fury may escape punishment for this deed.  It is a muddy landscape.

Update – The Guardian reports that Fury is scheduled to meet with the BBBC on October 12 to decide “whether it will withdraw Tyson Fury’s licence.“.  In 2010 the BBBC stripped Ricky Hatton of his licence in part for cocaine use but they used the default ‘bringing boxing into disrepute arising out of incidents of alcohol and drug abuse by him’, a legally thin position to take given that out of competition recreational drug use is not prohibited by WADA and UK Anti-Doping.

If the BBBC wishes to cite criminal behavior (as opposed to a true anti-doping violation) as a reason for denying a fight licence they would do well to remember Muhammad Ali v. NYSAC which taught regulators the important lesson of being consistent in their standards for fighter licensing decisions.

Fury’s admitted mental health struggles, on the other hand, very well may justify licence withdrawal for health and safety reasons.