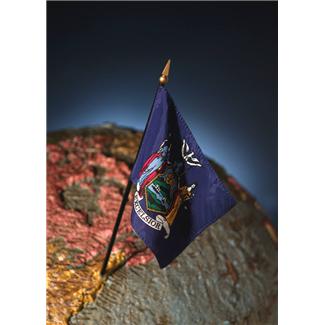 I’ve now had a chance to review the recent judicial decision addressing Zuffa’s challenge to New York’s Combative Sports Ban (Zuffa et al v. New York).  While it is true that New York was successful in dismissing most of Zuffa’s arguments, they failed to strike a key aspect of the lawsuit; the allegation that the New York Combative Sports Ban was unconstitutionally vague as it is applied by the State of New York.

The New York Combative Sports Ban exempts ‘martial arts‘ from its scope and events which are sanctioned by various specified organizations do not run afoul of the ban.  In the course of the lawsuit New York agreed that the UFC could legally “promote a professional MMA event in New York if the event were sanctioned by one of the exempt organizations.“.

New York then flip flopped on this position reversed course arguing “the Ban would “not permit a professional MMA event in New York even if sanctioned by an exempt organization.”

US District Judge Kimba Wood pointed to this flip flopping along with the State’s ever changing definition of ‘professional‘ contests as a sufficiently vague track record to let Zuffa’s lawsuit continue.  In other words, New York has no one but themselves to blame for a portion of the lawsuit surviving.  In allowing Zuffa’s vagueness claim to continue the Court noted as follows:

Although the distinction between professional and amateur is no doubt clear in some
cases, Plaintiffs have raised serious questions regarding the utility of such generic definitions in
differentiating close cases. At one point, state officials defined a “professional” match as “one
where compensation is received by the contestants for their participation.” (FAC ¶ 174). At
another point, state officials defined a “professional” match as one where “tickets were sold for
the event.” (Id.). Subsequently, the SAC took the position that a “professional” event involved
not only events where the fighters are paid, but also where the fighters include a martial arts
instructor or martial arts school owner. (Id.).10
In light of the Ban’s failure to define “professional” or “amateur,” and the SAC’s alleged
inconsistent interpretation of these words, the Court finds that Plaintiffs have sufficiently alleged
this as-applied challenge.