Professional sports, along with many other industries, have closed their doors doing their part to flatten the curve in the face of the Covid-19 global pandemic.

The government of Florida, however, has now opened the door to allow certain sports to resume operations in their State designating them as ‘essential services’.

Specifically the order lists “professional sports…with a national audience” provided those events are “closed to the general public”.

The language is broad enough that basically all pro sports are covered so long as they have a ‘national audience’.

The full order reads as follows: 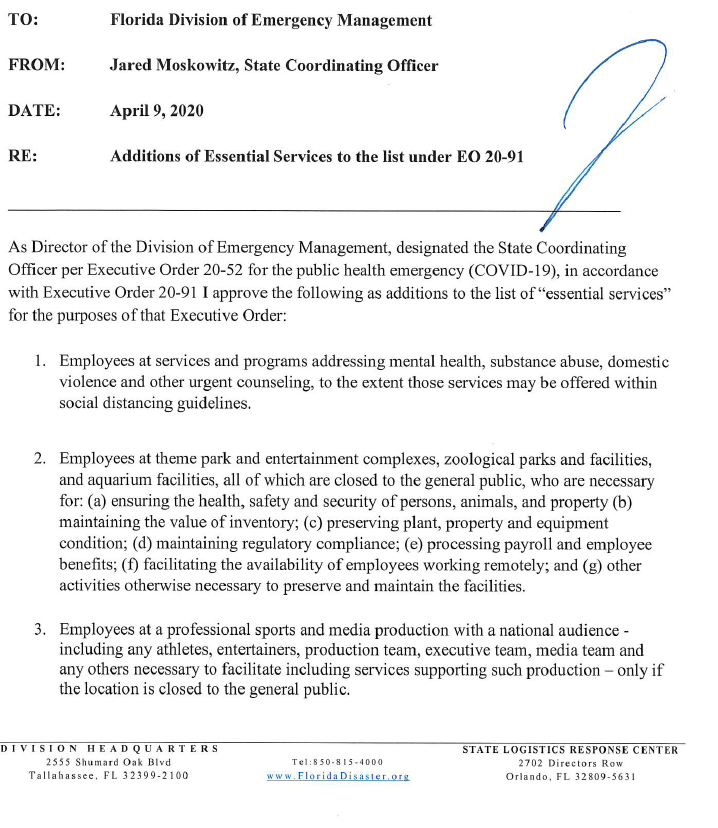