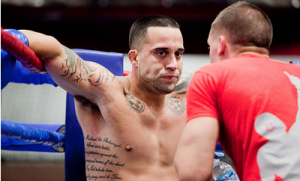 Yesterday I highlighted the legal black hole which creates the possibility of having no PED tests when the UFC comes to Ontario.  Today I highlight another peculiarity of Ontario MMA law, the restrictions on behavior for seconds.

While most jurisdictions place some general limitations on the conduct of seconds such as New Jersey who prohibit “Interference from a mixed martial artists seconds” and Nevada who require that “a second may not coach loudly or excessively from the corners during a period of unarmed combat” Ontario goes much further in their limitations outright banning any instructions from seconds.

During a round under Ontario law seconds must “remain seated and silent” and “not give any advice, assistance or encouragement to his or her charge“.  If a second breaks any of the restrictions the penalties can even include fighter disqualification!  Sections 26 – 30 of Regulation 52 under the Ontario Control Act go on to set out all of the prohibitions against second conduct.  The full text of the sections are set out below:

(a) wear a clean jersey, sweater or shirt; and

28.  (1)  Between rounds the chief second may request the referee to,

(a) visit his or her corner to discuss any point relevant to the bout;

(b) comment on any injury to his or her charge;

(c) have the ringside medical practitioner in attendance examine his or her charge; or

(a) interfere in any way with the progress of the bout;

(b) give any advice, assistance or encouragement to his or her charge; or

(c) throw anything into the ring,

30.  Where a second violates any provision of this Part, the referee or the Commissioner may order his or her removal from the ring or from the premises on which the bout is being held and may direct that the second cease to act as a second during that bout. R.R.O. 1990, Reg. 52, s. 30.