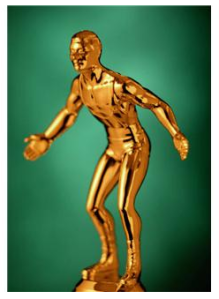 The short answer is arguably yes if Bill S-209 passes in its current form and if Provinces don’t act accordingly to fill in the soon to be created gap.

As previously highlighted, the Canadian Government’s ongoing effort to amend the Criminal Code to make MMA legal in Canada is not without it’s shortcomings.  One of the biggest flaws in this draft legislation is that exempted amateur contests are limited to those that are “in the programme of the International Olympic Committee” or to sports that are held with the permission or have been designated “by the Province’s lieutenant governor in council”.

This means that individual Provinces need to fill the gap to address which amateur contests are legal and if Provincial powers are silent on the point then the only ” encounters or fights with fists, hands or feet” that will remain legal will be those that have the IOC’s blessing.

As previously discussed, this leaves a gap with many amateur Martial Arts contests such as Karate which is not presently an Olympic Sport and is not designated on the Provincial side of things.

Surely when Bill S-209 was drafted it was assumed that longstanding Olympic sports such as wrestling were untouchable.  With the IOC’s recent announcement removing wrestling as an an Olympic Sport this long honored staple will become legally threatened should Bill S-209 pass in its current wording.   As Canadians, tying the legality of amateur sport to the IOC’s collective wisdom surely needs to be rethought.