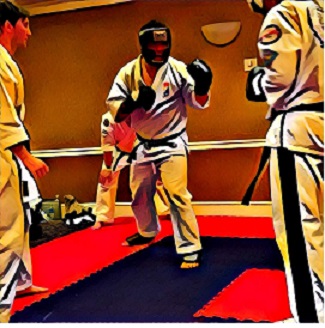 When Section 83 of the Criminal Code was overhauled in 2013 to allow Mixed Martial Arts to be legalized in Canada other combat sports were impacted by the legislation.  The law made it clear which professional and amateur combat sports were legal.  In large part the legislation defers to Provinces.  A default, however, are Olympic Combat Sports.  Unless Provinces say otherwise amateur versions of these sports are automatically legal under the Criminal Code.

This brings us to Karate.  Earlier this month Karate was officially added as an Olympic Sport.  This move makes amateur Karate contests legal across Canada with no Government red tape unless a Province says otherwise.

What is interesting is just which variations of Karate are legal.  Arguably all forms now are.  The Olympic Exception in the Criminal Code reads as follows:

A prize fight….does not include…. a contest between amateur athletes in a combative sport with fists, hands or feet held in a province if the sport is on the programme of the International Olympic Committee or the International Paralympic Committee and, in the case where the province’s lieutenant governor in council or any other person or body specified by him or her requires it, the contest is held with their permission

Karate, as adopted by the Olympics, is basically restricted to point sparring and kata.  Other ‘harder’ styles of karate such as Kyokushin, will not be represented in the Olympics however they are arguable no longer a crime.

The argument is as follows – Karate is now a sport “on the programme of the IOC“.  The Criminal Code does not expressly say that the rules must be used for the sport to be legal are those used by the IOC.  It simply needs to be a sport on the programe  of the IOC.  To the extent that a Kyokushin practitioner can argue in good faith that their contest is indeed Karate a prosecution under this section of the Criminal Code would be an uphill battle.

This specific sub-section of the Criminal Code has yet to be judicially interpreted so no one can say for certain how it would play out if a Kyokushin practitioner was charged for hosting an illegal ‘prize-fight’, what is clear, however, is that such practitioners have a much stronger defence if they wish to test the boundaries of the Criminal Code.